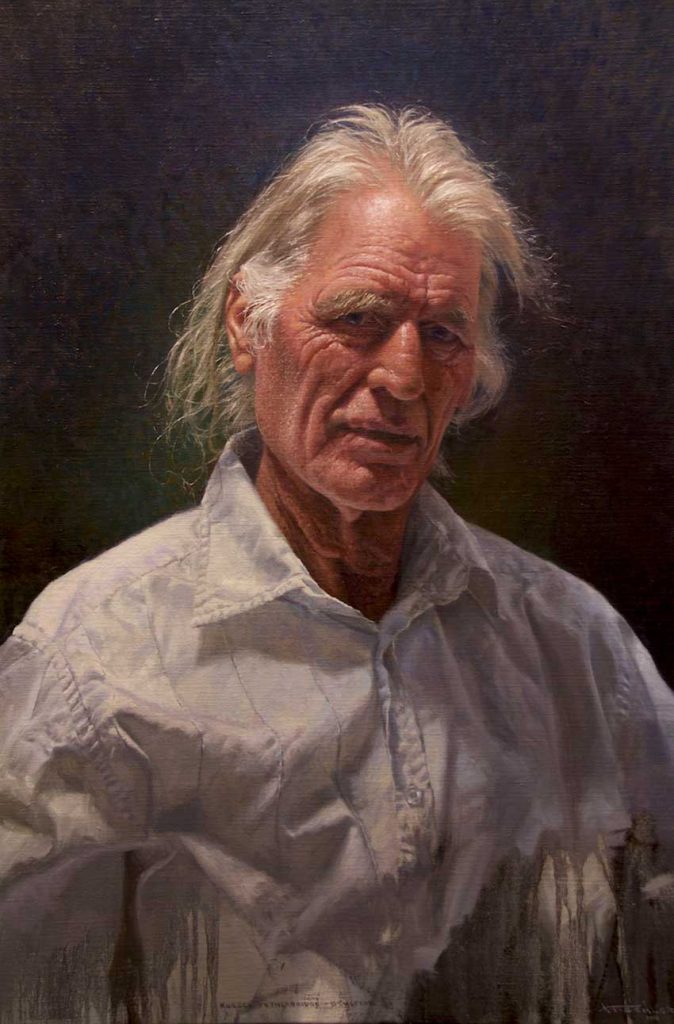 I was so inspired by a video I watched today that I had to jot down this blog real quick. I’ll get to that video and what it did to inspire me in a minute. Well, maybe a few minutes…

The new year was quickly approaching and I was in a panic. The pressure was on with all these social media posts screaming at my face to hurry up and make some resolutions. New year’s eve was upon me and I hadn’t had much time to reflect on what my hopes were for the new year. Gratefully, I’ve been doing a renovation of a spa business called Haven Of Wellness down in Huntington Beach. So between that and the holidays it hasn’t left much room for reflection. I’m already constantly grunting in my mind as I work what I envision my future to be and what my hopes are. So to consolidate those wishes into the almighty trite list before January 1 seems to be a daunting task. I’ve never lacked thoughts of what I want. I’ve always been a go getter, so making a list seems redundant a bit to me. Nonetheless one of my thoughts lately was to get back to painting canvases.

Art has always been apart of my life growing up. My Dad is a retired art director who is finally doing art for himself now in his retirement. My Grandpa was a draftsman with a talent for some sketches and a skilled hand for printing that I always admired. As well, a few relatives on my Dad’s side definitely have the gift.
Growing up I won little art contests here and there in school and in High School I was moved to advanced art within a month of starting beginning art classes in my sophomore year. My problem was that I took my talent for granted a bit and never really got serious about improving upon it. I regretted that a little later in life, but I had other ambitions I wanted to achieve. That’s been one of my hankering problems my whole life is that there are so many things I want to do. I never wondered what I wanted to do. My goals and achievements have always been surrounded by the arts. Between acting, singing, dancing, writing and painting, they’re all things that can be traced back to the beginning of my life.
I really didn’t start painting semi seriously until a need presented itself to me when I was around 23. I had some friends that were getting married and I wanted to paint a portrait of them. It didn’t occur to me that I had never done one. I just set my mind to it and then started doing it. Well, it was horrible. BUT, in retrospect I’m realizing what I did then was 2 fold. On one hand it frustrated me that I wasn’t getting it right away. Frustration of not being able to do something has always been my number one motivator for figuring out how to do something. On the other hand what I’ve come to realize in retrospect is that what that painting was was the base sketch for what should’ve become the painting. I was so frustrated at how ugly it was that I gave up. What I had though were the structures of their faces, the background base and the outlines of their symmetry, which even at that point were probably still off. My point being, if I had the knowledge to keep going and layering on the detail I might’ve had a pretty good painting to present to them on their wedding day. Maybe not, but I’ll never know. Alternatively I did end up doing all of their flowers for them so there’s that, but I digress.
My frustration was due to my lack of patience and wanting everything to happen now now now. I used to think if it doesn’t come to me right away then it wasn’t meant to be. I was lucky in the sense that when I wanted to act, it came to me right away. When I wanted to sing, it came to me right away. Sure I got better at it as time went on, but I didn’t feel the frustration as much with it. Same went for writing and poetry and golf and baseball. All things I did pretty well from the get go, but certainly got better the more I did it. My patience level for realism painting has never really been there, but the understanding of it was never there either. It wasn’t my lack of patience at all that stopped me and I do often lack patience. What stopped me was the lack of knowledge of how to take steps to continue that initial sketch and create a painting through a process. This is why I think it is important for parents to push their kids a little when it comes to doing things they clearly show interest in, but then the kid gives up because they get frustrated. My Dad never pushed me to do anything. He always thought it was better to let me naturally find my way. I disagree with this whole heartedly and here’s why. Impatience and frustration is a natural human reaction when you can’t do something right away. When you try to lose weight and don’t see results after 2 weeks you give up. But if you just hang on for two more weeks you’ll start seeing results right?! This goes for almost anything in life. If you have a passion or interest in something you have to keep on going. When you fall off the horse, as the saying goes, you get right back on it!
Time in the day doesn’t always allow us this luxury, but if you really want something, you can’t give up at the eleventh hour because the twelfth hour is when it’s gonna happen for you.

So I stopped painting for a while after that initial botched attempt. What I did do was start to immerse myself in art education. A few months after I turned 24 I met my future husband and he had a computer with dial up internet. It was the year 2000 and to that point I hadn’t really spent much time on computers. I had a hotmail account and I’d go and log in at the local library every once in a while. I was on tour with Broadway musicals up to that point in my life so I never really had the need or place to have a computer. I’ll never forget the day I found out what Google was. I was in a development deal with Mandalay Entertainment at the time. They were doing an experiment where actors write the scripts of a television show pilot with the intention of carefully crafting product placement into it due to everyone’s fear of this new contraption called Tivo! We would loosely draft scenes based on a plot they gave us and then improv scenes that would later be filmed. Our director was Kent Bateman, Jason Bateman and Justine Bateman’s father. Our producer was a really cool guy named Noam Dromi. One day during one of our workshops he asked if I had checked out this new site called Google. I had no idea what Google was. My Dad my entire life always said to us “Love you googles”. So I knew what the word meant to me. It meant a lot.
Curiously that night I went on my computer and went on Google. I think I got lost in there for quite a few hours that first night. It opened a whole new world for me!

I googled a lot about art and how to paint. I started learning more about impressionism and thought “Now that’s something I can do”. It was fast art while still being beautiful. I went out to The Art Store and bought my first oil kit and some canvases and started throwing paint down. Pictures were coming together fast and right away so you can see why I loved it from the get go. I didn’t love waiting for oil to dry so I switched to acrylic shortly after starting.

My husband and I were about to move into this beautiful Spanish Colonial home at 1009 Orlando in West Hollywood and it had these big beautiful ivory walls with chunky wood beamed ceilings. I had seen a picture in Architectural Digest of a wall of paintings in this house somewhere in Europe and fell in love with the look of it. I knew these walls in our new home needed to be filled with paintings. We could not afford to buy the style of paintings I wanted on our walls so I decided I was going to paint them. The wall was gonna need at least 15 paintings! I did a few abstracts, impressionists, a self portrait and mixed it all with some paintings we had and some I found at flea markets. All done from what I had known and what I had learned from Google.

Cut to nearly 18 years later and I have been hungering lately to do something a little more realist. It’s been on my mind for quite a while and last night when we were out with friends it went through my head. I made a mental note that this year I would work on learning how to paint closer to a realist style. I’m committing to at least one painting that I need to finish before the end of the year. So of course I’m back 0n Google to search “How to paint realist style”. I came across a few videos that I watched until BAM like a shot to the heart, I watched this video

“How To Paint Portraits: EPISODE ONE – Russell Petherbridge’s Portrait”

Something so visceral captured me with this video that it brought me to tears. The painting felt tangible. I know not everyone will connect with it the way I did, because it’s really not that kind of video, but my emotions got the best of me. As I watched this master layer on paint it brought a burst of joy to my brain like a dopamine high that exploded out of my eyeballs. I’m not sure where it came from. Is it the sheer beauty of the creation of his art? Was it my thoughts that this video might have just taught me what I needed to learn? I’m not quite sure where these feelings bubble up from or why, but it is an ethereal feeling that can only be connected to some kind of God. Welp, I guess we shall see. Some day this year I will let you see what I’ve been able to do with it. Now to pick a subject! Wish me luck!

BTW Here’s my wall of paintings ( currently decorated for Christmas ) 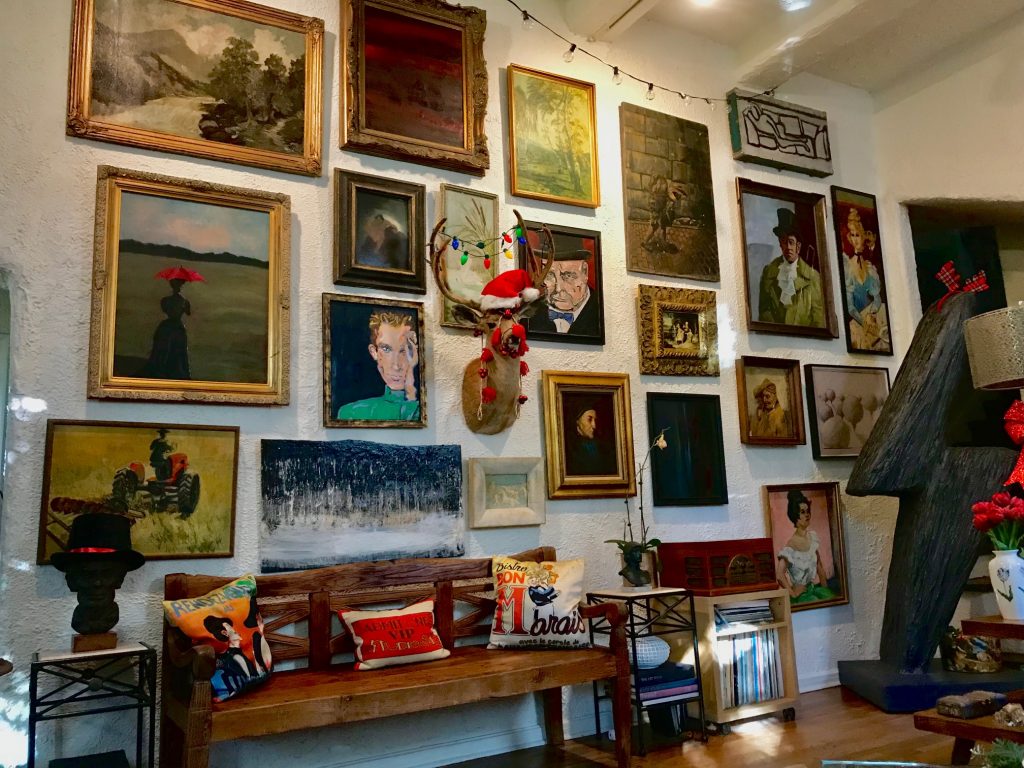