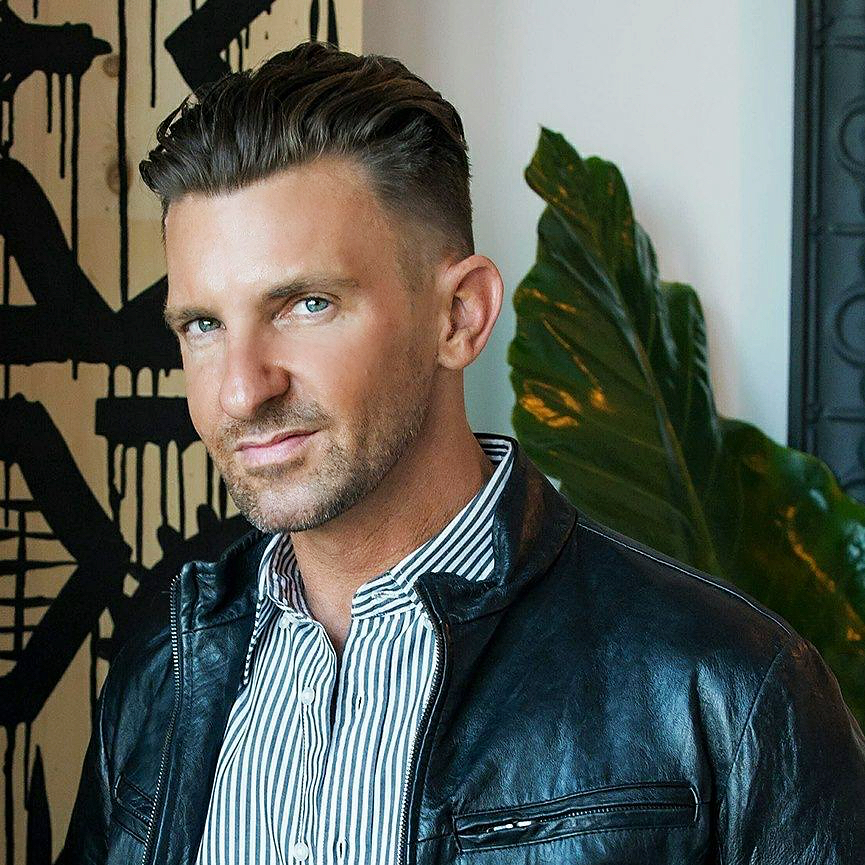 Ryan’s very first job was working for his carpenter neighbor across the street making $5 a day helping him build fruit displays for the wholesale produce district in downtown Los Angeles. He was 10 years old and bought a lot of candy and Madonna albums with that cash. His next job, at 15, was working for his girlfriend’s father setting and cutting tile and mixing cement for homes and businesses in and around Los Angeles. Thus a seed was planted.

When he got the musical theatre bug in high school, Ryan set his sights on New York where he ended up in school. He soon was plucked out of school and landed a job performing at 19 years old touring all 50 states and internationally in shows and Broadway musicals.

After a long stint of living out of a suitcase, Ryan settled back in Los Angeles. Needing a survival job, Black turned to an interest in floral design in 1999 working freelance for Mark’s Garden in Sherman Oaks and as an assistant florist to world-renowned floral designer David Jones known for accounts with the White House, Nancy Reagan, Betsy Bloomingdale, The Oscars, Michael Jackson, and Warner Brothers executive offices to name a few. Branching off on his own in 2001, Ryan started an event and floral design business that also led him into production design for several high-profile clients and TV shows. Black’s talents created more success with the design and event production for such notable clients as Elton John, Elizabeth Taylor, Tom Ford, Gucci, ABC and several others. Ryan’s career took another surprising turn when his designs caught the eye of luxury shoe designer Taryn Rose in 2003 and Ryan became their Creative Director overseeing design at corporate headquarters, several retail stores, and trade shows.

Ryan’s interest in interior design started with his own home in 2003. After a barrage of requests over the years from friends, friends of friends and family to do their homes after seeing his, he decided to turn it into a business and Blackbird Chateau was born!

Ryan has clearly had many creative outlets – he’s an avid cook & baker, carpenter, painter, singer, and author. And with his design firm, Blackbird Chateau, Ryan shares his passion and eye for design with the world. Blackbird Chateau is a lifestyle brand experience where Ryan Black helps make people’s lives feel better so they can do better. Black’s curated, creative and eclectic designs speak with a juxtaposition of raw and beautiful to refined and whimsical. His belief is that happiness starts at home and your home is a place you should love to be. “If the home is aligned, your life will be fine.”

Black has authored one novel currently being edited and is a contributing writer for the Huffington Post. He has a series of paintings and is honored to have sold a piece to art collector and entrepreneur Lynda Resnick, owner of Fiji water, POM juice, Wonderful pistachios & Teleflora ( also benefactor of the Lynda & Stewart Resnick Exhibition Pavilion for new art designed by Renzo Piano at Los Angeles County Museum of Art ).  Recently, Ryan brought his interior design to television, designing the condo of Mercedes “MJ” Javid on Bravo TV’s hit show “Shahs Of Sunset”  where Andy Cohen remarked “I was really impressed!” on Watch What Happens Live.

Ryan hosted his own radio show in 2018 every Tuesday from noon-2 pm called “Life With Ryan” in Los Angeles for CBS Radio on 97.1 HD2 and radio.com online and in app stores nationwide. It was produced by the worlds leading radio syndicator, Entercom, with over 250 stations & over 100 million listeners each week. He spoke with celebrities and experts about lifestyle, home, renovations, interior design, D.I.Y., gardening, restaurants, recipes, and culture.

Ryan’s home is in West Hollywood with his dog Milk and his partner, celebrity makeup artist Kip Zachary.